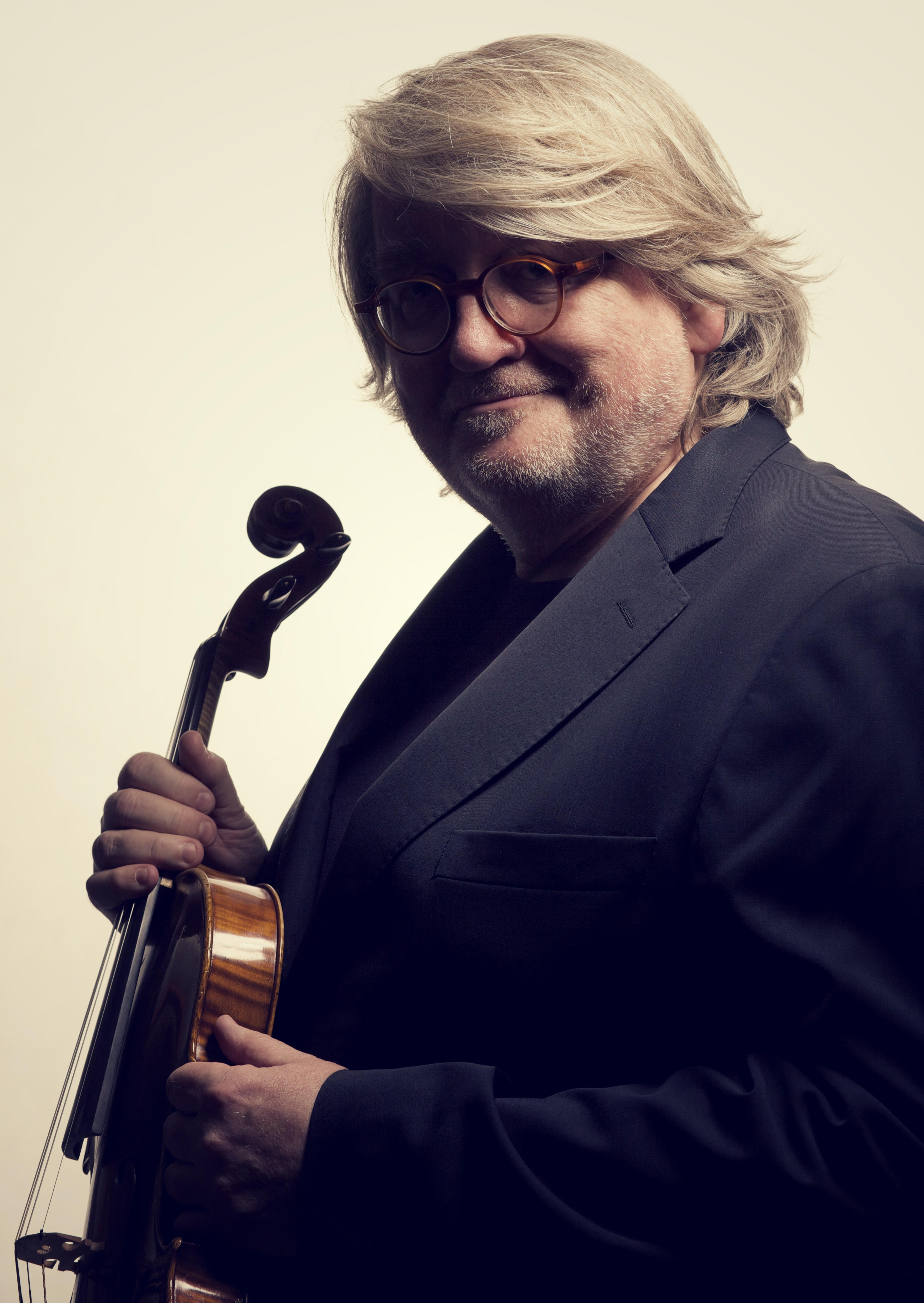 TOMASZ TOMASZEWSKI | CHAIRMAN OF THE BOARD

Tomasz Tomaszewski began his musical education in the Music School in Opole where he studied with Danuta Sujata. He graduated with distinction in 1969 Then he started working with Tadeusz Wronski and Stanislaw Kawalla at the Fryderyk Chopin Music Academy in Warsaw. He received his Master Diploma in 1976 Between 1974 and 1979 Tomaszewski took part in many masterclasses working with such eminent professors as O. Krysa, B. Druzynin, W. Marschner, J. Fournier or H. Szeryng.   In 1979, thanks to the scholarship he received from the Polish Ministry of Culture, Tomasz Tomaszewski went to Leningrad to study with Boris Gutnikov and Tamara Fidler during this one-year- long Postgraduate Programme. Between 1980 and 1982, he studied once again with Wolfgang Marschner in Freiburg.   In 1970, during his studies in Warsaw, Tomaszewski became a member of the Chamber Orchestra ‘Con moto ma cantabile’, then (between 1971 and 1976) the Chamber Orchestra of Warsaw Philharmonic conducted by Karol Teutsch. He performed with them - also as a soloist - in many European countries, the United States and Japan.   From 1975 to 1979, he was a member and then concertmaster of the Jerzy Maksymiuk’s Polish Chamber Orchestra, with which he performed also as a soloist. Between 1974 and 1979 he was the second violinist of the Polish Quartet. The ensemble received many prizes e.g. I prize at the International Competition in Belgrad (1975) and III prize at the ARD Competition in Munich (1976).   Since 1980 Tomasz Tomaszewski has been living in Germany. At the beginning he was the concertmaster of the Orchestra in Baden-Baden, then he was a member of the National Theater Orchestra in Mannheim. From 1982 to 2017 he was the first concertmaster of Deutsche Oper Orchestra in Berlin. He worked with such famous conductors as Barenboim, Sinopoli, Stein, Rattle, Tielemann, Viotti, Frübeck de Burgos, Bertini, Barszaj, Mariner, Hoogwod, Abbado, Gergiev among others.   Since October 1983 he has been working at the Universität der Künste in Berlin. He received the Professorship of UdK in 2002   Tomasz Tomaszewski performs regularly as a soloist and chamber musician. Since the beginning of his music career 35 years ago he has worked in various chamber groups: - as a long-term member and soloist of chamber orchestra ‘Philharmonische Streicher Solisten’, ‘Arte Quartett Berlin’, ‘d’Al solo al tutti’, ‘Debussy Ensemble Berlin’, ‘Stradivari Sextett Habisreutinger’, ‘European Fine Arts Trio’ - as the founder and first violinist of ‘Polish String Quartet Berlin’ - as the founder and artistic director of the chamber orchestra ‘Kammersolisten der Deutschen Oper Berlin’ - as the founder and first violinist of ‘Salon Orchester der Deutschen Oper Berlin’ - as the concertmaster and artistic advisor of ‘Baltic Neopolis Orchestra’.   Tomasz Tomaszewski is the initiator and Artistic Director of the festival ‘Silesian Musical Summer’, created in 2002 He is also the chairman of the board of the Internationale Beethoven Gesellschaft e.V., founded in 2000 in Berlin and the founder and chairman of the Europäisches Forum Polnische Musik e.V. (European Forum of Polish Music).   Tomaszewski is also the Director and Chairman of the Jury of the International Beethoven Chamber Music Competition which was taking place in the Krzysztof Penderecki European Centre for Music in Luslawice.   Tomasz Tomaszewski is being regularly invited to be a member of jury of national and international competitions such as Internationale Wettbewerb für die Jugend in Oldenburg, International Georg Philipp Telemann Violin Competition in Poznan, National Groblicz Family Violin Competition in Cracow, ‘Violin for the best’ Competition in Szczecin, International Chamber Music Tournament in Bydgoszcz, International Witold Rowicki in memoriam Violin Competition in Zywiec or International Violin Making Competition in Cremona.   Tomasz Tomaszewski is a two-time winner of the Polish National Record Prize ‘Fryderyk’ - for the recordings of Chopin and Debussy’s Piano Trios with ‘European Fine Arts Trio’ and the recordings of music by Pawel Lukaszewski and Mikolaj Gorecki with ‘Baltic Neopolis Orchestra’ where he performed as a conductor and soloist. Recently, he has received an extremely prestigious award - PREIS DER DEUTSCHEN SCHALLPLATEN KRITIK - for the CD ‘Poland Abroad’ recorded with ‘Polish String Quartet Berlin’, considered the best production of 2019 in the Chamber Music genre.   In 1998 Tomasz Tomaszewski received the Golden Cross of Merit from the President of Poland for his outstanding artistic achievements and promotion of Polish culture abroad. In the same year he received the title of Kammervirtuose from the Senator of Culture in Berlin. Tomasz Tomaszewski is the Honorary Citizen of Opole (Poland)and Tortorici (Sicily).
This website uses cookies to improve and facilitate access to the site and to keep statistics. Your continued use of this website constitutes your acceptance of this state of affairs Accept More
Privacy & Cookies Policy

Any cookies that may not be particularly necessary for the website to function and is used specifically to collect user personal data via analytics, ads, other embedded contents are termed as non-necessary cookies. It is mandatory to procure user consent prior to running these cookies on your website.